GENERAL ELECTRIC AND 40 YEARS OF POLLUTION

turning point for me in our reporting on the state of the Hudson River and Valley came on a crisp fall day sitting on a porch at the University of Albany School of Public Health, looking west towards the State Capitol complex, the river a silver thread between us, marked by big oil tanks and factories. The eye could just make out the one small park squeezed into the Albany waterfront, where fishermen gather much of the year. 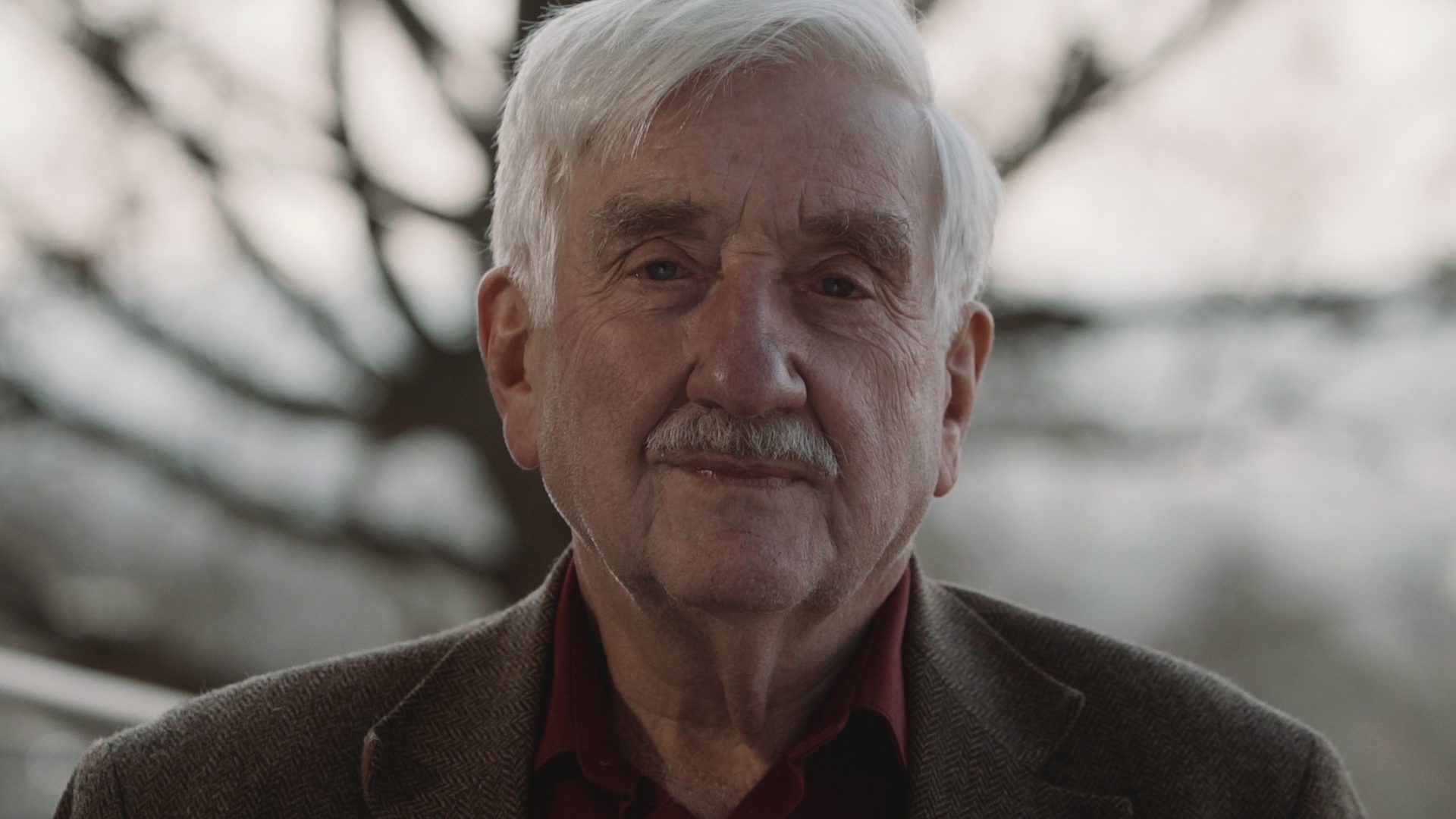 Despite the sunshine, Dr. David Carpenter’s description of the river and valley as “a most beautiful hazardous waste site” added a gray tinge to the morning.

For the past decade or so it seemed from public accounts that the health of the Hudson has been on an upward positive trend, thanks largely to the hard work of some of the savviest environmentalists in the nation.

But, Dr. Carpenter, the Director of the School of Public Health, has studied the health impacts of PCBs in the river, soil and air up and down the Hudson Valley. His research shows that certain cancer rates are higher here because of the insidious pollution by PCBs that goes back to the 1940s, painting the region in darker strokes.

Despite all the gains made by eliminating polluters, policing tributaries and better informing the public about how to keep the Hudson clean, the insidious leftover toxins dumped into the river forty to seventy years ago limits just how clean the river can get.

Not only did the General Electric plant at Ft. Edwards dump millions of gallons of poisonous chemicals into the river between the 1940s and 1970s, the company also spent tens of millions of dollars fighting against cleaning up the mess it had made. Finally, the EPA forced the company to remove the contamination by dredging the river bottom, I along with many others assumed this meant the job was done.

Last December the company announced it had completed its mission and began pulling out barges and cranes and disassembling docks, having spent six years and $2 billion in its efforts. Its website boasted “Cleanup Meeting Goals, No More Dredging Needed” and proclaimed its work on the river “one of the largest and most successful environmental cleanup projects ever undertaken in the United States.”

Unfortunately the story is not over as the cleanup was left unfinished. Thanks to an unwillingness by the EPA and the State of New York to press G.E. to expand its effort to clean up an approximately 140 acres, to stay on the job another couple of years, the company quit too soon, leaving behind … the country’s largest Superfund site.

A polychlorinated biphenyl (PCB) is an organic chlorine compound. The first “PCB-like” chemical was discovered in 1865, and was found to be a byproduct of coal tar. Years later in 1881, German chemists synthesized the first PCB in a laboratory. Between then and 1914, large amounts of PCBs were released into the environment, to the extent that there are still measurable amounts of PCBs in feathers of birds currently held in museums.

Once widely deployed as dielectric and coolant fluids in electrical apparatus, PCB’s do not easily break down or degrade. The compounds are pale-yellow viscous liquids. They are hydrophobic, with low water solubilities, but they have high solubilities in most organic solvents, oils, and fats.

Because of PCBs’ environmental toxicity and classification as a persistent organic pollutant, PCB production was banned by the United States Congress in 1979 and by the Stockholm Convention on Persistent Organic Pollutants in 2001.

A dredging operations facility on the Hudson River.

I believe that the EPA dropped the ball even before the cleanup began. G.E. fought the cleanup despite continued testing which discovered the problem was worse than initially estimated. The agency never went back and required G.E. to expand the breadth of its cleanup.

New York State, specifically Governor Andrew Cuomo’s office, was silent when G.E. announced its pullout last December. Rather than step up and demand the company stay and finish the job, the Governor said nothing. Why? The Governor was desperately trying to woo the company’s corporate headquarters from Connecticut to Westchester County. “The only letter I’m going to write G.E.,” he said at the time, “is a love letter.”

The love between Governor Cuomo and G.E. was reciprocal. Since Cuomo’s first run at office in 2010, G.E. has delivered more than $466,000 in campaign donations to Cuomo and his affiliated groups: $170,000 to the Cuomo-controlled New York State Democratic Committee and $293,000 to the Democratic Governors Association (,a group that backed Cuomo’s gubernatorial election bids and raised money with Cuomo).

However, the relationship between the Governor and G.E. hit a rocky road in January 2016. During the governor’s State-of-the-State address, G.E. put out a press release announcing the company was moving its headquarters to Boston.

When the company began its pullout, local environmental groups went ballistic. Scenic Hudson, Riverkeeper, the NRDC, Sierra Club, Clearwater and more helped lead the charge to force G.E. to stay and finish the job, arguing that if the company spent just two more years, they would eliminate the bulk of problematic PCBs in the river. They estimated it would cost the company $300-$400 million out of its $15 billion in annual profits.

The headline of a New York Times editorial last December summed the fight up in seven words: ‘G.E., Finish the Job on the Hudson.”

Here’s where the issue stands today: Pushed hard by local environmentalists, in December 2015 the EPA agreed to accelerate its technical review of G.E.’s efforts by one year. Two of the three trustee agencies (NOAA and FWS) assigned to monitor both the cleanup and help assess the civil penalty (cash dollars) that G.E. must ultimately pay for damage done, the National Oceanic and Atmospheric Administration and the Fish and Wildlife Services, have said the level of contamination is “unacceptable” and asked the EPA to demand more cleanup.

And in August the third trustee, New York State’s Department of Environmental Conservation, joined in, demanding the EPA “take a detailed look” at G.E.’s job and to “require additional dredging” to return the river and its’ fish to health.

Workers use excavators with environmental clamshell buckets mounted on flat, anchored platforms to dredge the river. Photo/caption courtesy of the US Environmental Protection Agency

Ned Sullivan, President of Scenic Hudson, shines a light of slight optimism on whatever comes next. “While the current state of the Hudson is unacceptable,” says Sullivan, “there is reason for hope. Under the EPA-mandated cleanup, G.E. has dredged an area of roughly 500 acres; removed 2.76 million cubic yards of PCBs and 310,000 pounds of contaminants. This compares to the original estimated removal of 490 acres, 2.65 cubic Yards and 150,000 pounds of contaminants. The Hudson River is better off today than it was six years ago, when the cleanup began. 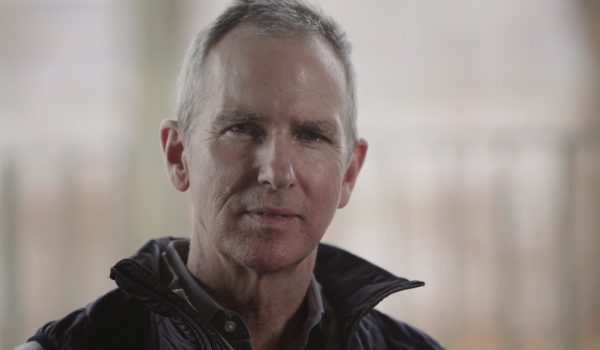 “But an additional two years of dredging and cleanup of a couple of hundred acres of contaminated sediment would bring the river to a state of readiness for long term healing. We are so close: Just two more years in a thirty-year struggle for a clean Hudson.” He reminds us that it took environmentalists more than fifty years to get G.E. to this point and that if it takes another few years to vastly improve the river’s health, its advocates are not going to give up.

Despite any optimism when you step back and consider the long-term, multi-generational harm caused to the river and valley by G.E.’s blatant polluting, there is reason to be concerned, if not alarmed about the years and the fight ahead. Remember that G.E. spent upwards of $80 million dollars in the early 2000s in an effort to avoid the cleanup. It has long ago packed up its cranes and barges and sent them off to other assignments. It will not be easy to get G.E. back to the table, nor its tools back to the river.

THE EPA IS EVALUATING THE HUDSON RIVER CLEANUP RIGHT NOW –

AND EVERY VOICE COUNTS.

Visit www.cleanerhudson.org to become part of the historic battle to reclaim the Hudson.